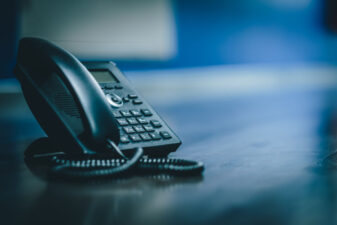 VoIP and SIP Trunking have become well-known buzzwords in the enterprise communication market, with many businesses switching over to the IP-based technology in order to take advantage of better service and lower prices. What started out as a geeky hobby for a few individuals and small startups 20 years ago, has quickly become the standard for voice communication in both the consumer and business spheres.

When it comes to VoIP, there are two types of models that are most commonly deployed – hosted VoIP and SIP Trunking. Especially in the business sector, each VoIP deployment can be considered unique in the sense that it is tailored to the particular organization’s requirements in one way or the other. Nonetheless they can be generally categorized as hosted or on premise, although sometimes a company may utilize a mix of the two called Hybrid.

To understand SIP Trunking, an introduction to SIP is necessary. SIP stands for Session Initiation Protocol and is the dominant format used for IP telephony. This is a protocol that establishes a secure voice session on the Internet – the session can be a simple voice calls between two participants, conference calling between multiple individuals including handling calls for mobile devices or anything in between.

SIP Trunking works exactly like the enterprise T1 or PRI lines on the PSTN that connected businesses with the telco office. Instead of routing voice calls over copper lines and dedicated circuit-switched networks, SIP Trunking involves sending the voice calls over secure data networks via static IP’s and Session Boarder Controllers that offer QoS and encryption.

What does SIP Trunking require?

Typically speaking, SIP trunks are provided by an ITSP rather than a traditional carrier. Companies usually need a PBX box that can support or is compatible with SIP – also called IP PBX. The IP PBX can be configured according to the needs of the business and for various number of lines, caller ID, E911, DID numbers and other resources.

Other than the fact that the IP PBX is capable of routing calls over data networks, it can also differ from more traditional PBX systems in a number of other ways. An IP PBX will have support for the extended range of communication services offered by VoIP providers and configuration is not very difficult.

As businesses move towards mobility, more enterprises are using a mix of desk phones, softphones on computers and mobile devices. Technically these are called SIP endpoints or SIP clients and there are a wide variety of configurations possible such as several devices pointing to the same number. Such flexibility allows employees to take a call regardless of which device happens to be nearby (their personal mobile phone, IP phone or laptop while traveling etc.)

The benefits of SIP Trunking

With SIP Trunking, the vast majority of calls never touch the PSTN network especially calls between employees within the same organization (even if they are in different offices). Other calls will travel over the PSTN for only a tiny fraction of the entire distance, thus reducing call charges to be paid. Switching over to SIP Trunking can reduce your organization’s phone bill by as much as 20 to 30%. It becomes even more useful for companies that make a lot of long-distance calls or receive inbound toll-free calls.

For companies that have established a presence in different countries, SIP Trunking allows them to have virtual numbers with local codes in various markets. It lets customers, suppliers and partners in these locations to contact the business as if it had a local number instead of using the more expensive 800 numbers. These virtual numbers can help the business establish a foothold in foreign markets even before they open the office and employee start working.

Organizations can enjoy all the advantages provided by VoIP without having to abandon existing infrastructure, thus extending its life. The total cost of ownership is much lower with SIP Trunking than traditional copper lines or PRI’s as long as the organization has the resources for initial investment of the SBC and QoS devices.